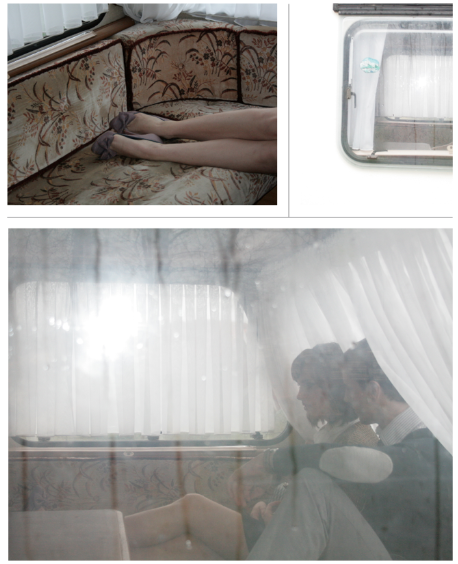 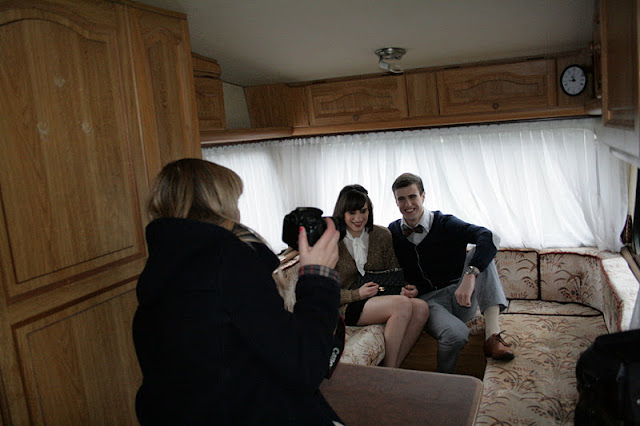 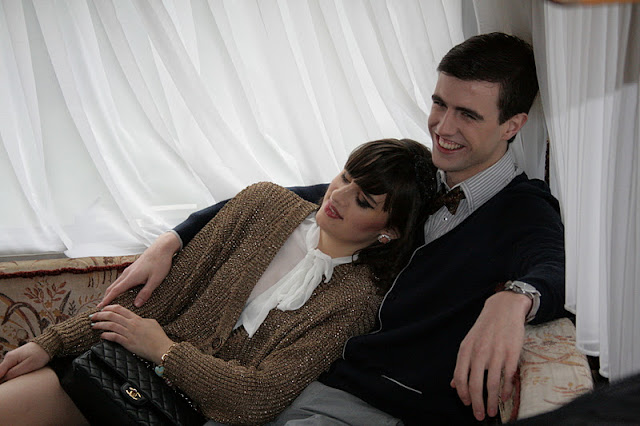 Some backstage pictures to give you an idea of the day!

Today I had a very funny duo-shoot! Our first location was in a really small and old caravan. The concept was the contrast between "Ridiculous and rich". So in the caravan we were dressed very posh and chic. The caravan was so small that we actually did not fit in it with four people ... but somehow we managed it!

The second location was a very fancy and chic house. So for the "ridiculous and rich" concept we were dressed in the "bad eighties" style. Oh god, it was SO funny. I was wearing red trousers with high waist, a short white T-shirt and a pink braid... do I need to tell more? Anyway, we had a really good time and I already had a shoot with the other model so it was not strange at all to pose with him. I had also worked together with the photographer and I hope I will get work with here more often. It was the first time I worked together wit the mua but she was very sweet and her make up was beautiful.

what I write about