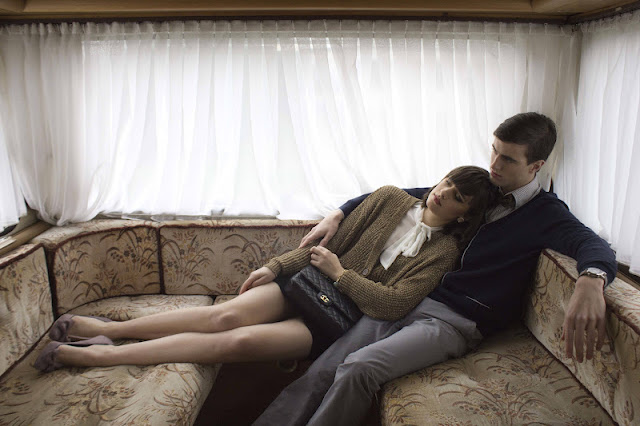 So today I have for you the end result of a photo shoot I did a month or two ago. I already have written a post about that day (Eighties vs Posh) with some backstage pictures. I have had the picture for a while but simply forgot to post it for you guys, my apologies for that!

The picture is about husband and wife who are very rich and posh. So the photographer used a poor/eighties setting for the contrast. I had previously  worked with the male model so there was no stress, just chilling in the caravan!

It has been a while ago that I did some shoots, this was my latest. But next week, I have an other one, with a great photographer and friend of mine. More about that later!

So what do you guys think of the result?

what I write about